Using solar technology with green roofs is an increasingly important element in delivering sustainable solutions on buildings and in cities. However, all to often, the solar element takes precedence over the green roof element. This can lead to significant problems. Not only for solar energy production, but also to the vegetation on the green roof.

There are many examples of ‘poor’ solar green roofs. The reason being that they have been poorly designed using solar mounts that are inappropriate to a green roof situation.

The key factor in delivering biosolar roofs lies in the integration of the solar mounts with the engineered layers of the green roofs. Fortunately there are systems that have been developed to achieve this. Not only does this ensure that integration ensures good all round performance, but also that the installation is easier to deliver:

Check out the gallery of biosolar green roofs here. 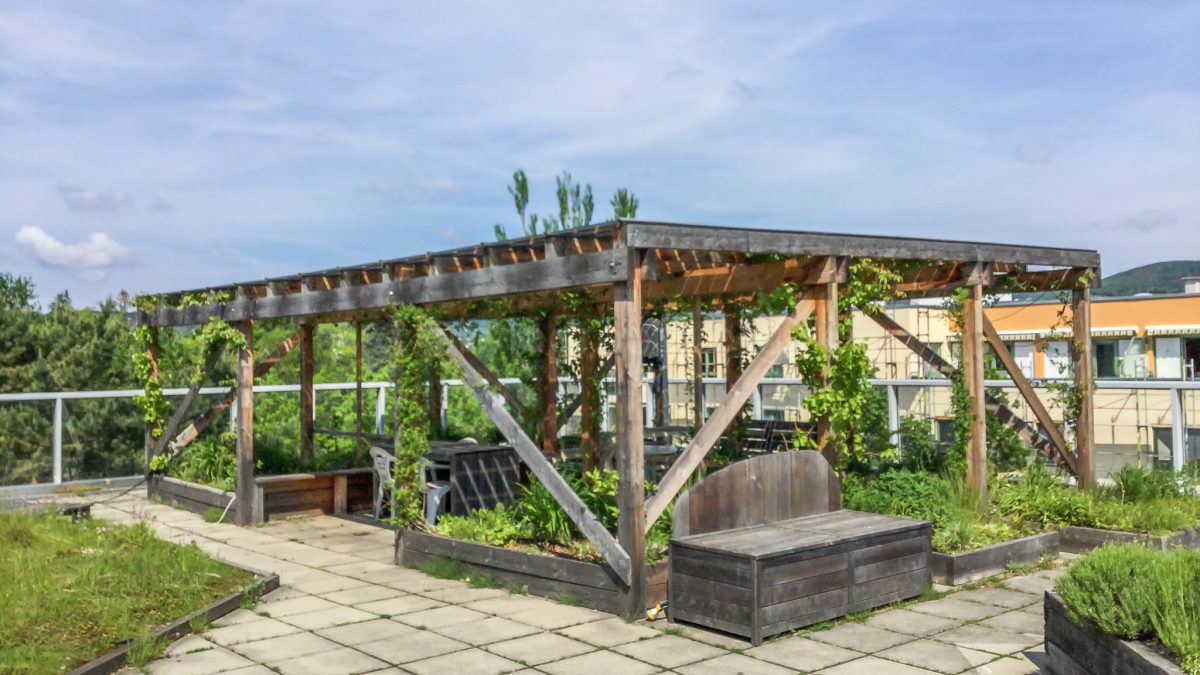 Extensive green roofs are more suited to the installation of solar panels. However work at Boku University in Vienna created pagodas using solar panels an intensive green roof.. The panels provide shade on the rooftop gardens, which is important on accessible roofs because of the intensity of the sun. The water that runs of the panels also provides irrigation for the vegetation.

Over the last ten years there has been an increasing interest in the biosolar approach. The new London green roof report and the accompanying infographics show, that installations of biosolar roofs are on the increase. And this is likely to be the case in other cities around the world as awareness increases of the benefits of a combined approach.