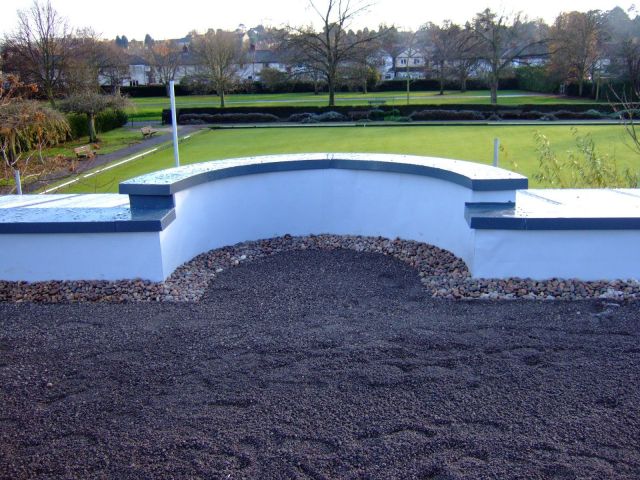 Florence Park Family Centre is located within Florence Park, East Oxford, which is parkland within the ownership of Oxford City Council. It lies within the site bounded to the south and west by bowling greens. This 400 sq m building is designed to blend in with its context, with cedar cladding, a green roof, and a timber roof structure supported by columns providing an outdoor play area.

Due to a successful campaign in 2004 to keep the Centre open, Oxfordshire County Council commissioned a feasibility study to look at replacing the previous temporary Portakabin structure with a new purpose built building which would be based loosely upon the footprint area of the existing building.

The project became part of the Children’s Centre Programme, a Government strategy that aims to improve the facilities of children’s centres around the UK.

The brief was initially developed by the Family Centre manager with input from the users of the Centre. The design philosophy was to introduce a new building that meets the user requirements, providing a modern conceptual design and emulates the massing of the existing Family Centre building within the park environment.

Structure, materials, and sustainability were some of the issues considered early on in the design development of the building. The external walls are a combination of render, and cedar cladding. The coloured render, predominantly on the north elevation, providing a welcoming atmosphere whilst integrating with the surrounding environment. The cedar cladding, on the south elevation provides a softer surface, forming a backdrop to the outdoor play area. 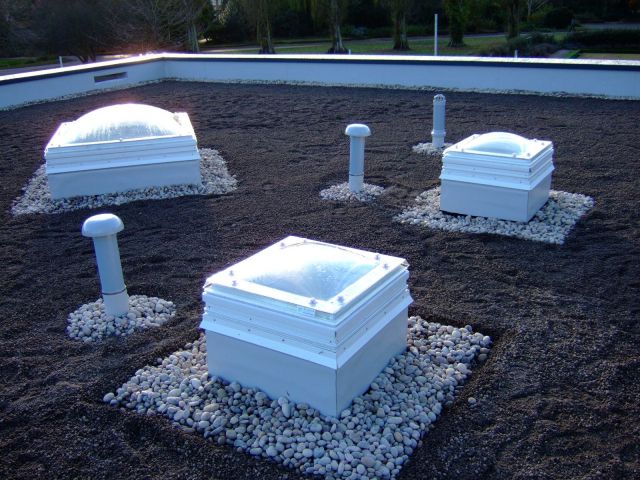 An extensive green roof was considered early on due to its numerous benefits in addition to the fact that local authorities are now encouraging the consideration of sustainable construction methods. A green roof assessment report was produced and distributed to the users at one of the consultation meetings in order for them to gain a better understanding of the benefits of green roofs. This was also later incorporated in the planning submission.

One of the concerns of the Centres users was overheating in summer experienced in the previous Portakabin structure. Poorly protected and insulated roofs can lead to substantial overheating of spaces beneath them. This can lead to the need for increased air-conditioning. A green roof not only acts as an insulation barrier, but the combination of plant processes and soil processes reduces the amount of solar energy absorbed by the roof membrane, thus leading to cooler temperatures beneath the surface.

In addition as the site is within a parkland, a green roof would blend in with surrounding environment and increase biodiversity.

The most important consideration when designing green roofs are ensuring that the roof is strong enough to support the weight of the turf. After obtaining the roof loadings, the structural engineer confirmed that the depth of the proposed glulam beams would need to be deeper than initially anticipated. Different options were researched and at the end it was decided that the structural deck would be supported off the beams with spatial aesthetics as initially intended whilst maintaining the height of the building as shown on the planning drawings.

In addition, it was also recommended that a 200mm x 100mm box drain scupper should be installed within the parapet as an overflow, providing an alternate drain in the event that the drain system should fail. It was installed slightly higher than the waterproofing membrane in order to give the roof’s drainage system an opportunity to drain the water away through the designated channels before the emergency outlet is required. 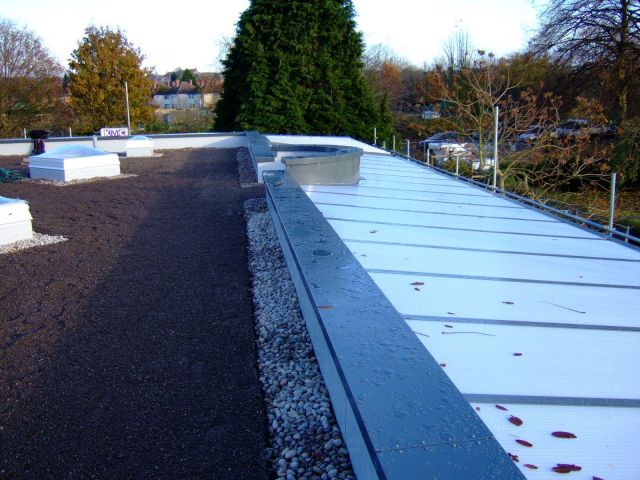 Sarnafil were chosen as the green roof manufacturer. Early consultation with the technical adviser assisted us with the correct system specification, construction and on the substrate formulation so that nutrient levels are optimally balanced to sustain the plants for maximum year round performance and environmental benefit.

Prior to installing the substrate the membrane was loose laid with all joints overlapped and hot air welded.  At all perimeters and most penetrations, the membrane was mechanically fastened to either the substrate or the abutting upstand. Around the perimeter and roof lights, a 300mm margin of ballast was maintained. The weight of the ballast is sufficient to secure the membrane against wind uplift forces.

After consultation, plug planting was the chosen method for the extensive roof. A wide range of grass, herbaceous, succulent and moss species that establish self-sustaining plant communities were manually installed into the prepared roof substrate. The plug plants established to produce the mature plant layer.

The Florence Park Family Centre was officially opened on Thursday 5th June 2008 by local MP Andrew Smith. The project has been successful in creating a very good community building which respects the scale and character of its park setting. In addition Florence Park Children’s Centre was awarded an Oxford Preservation Trust Award in 2008.