Hamburg is the latest city in Europe to reconnect neighbourhoods with a green roof over its motorway. As is common in many cities in the world, motorways can disconnect neighbourhoods. By covering the transport links with green roofs, not only does the traffic disappear but people can take precedence again. It is not the first city to do this. In fact the City of Linz in Austria also did this more than seven years ago.

The A7 runs through Hamburg’s city centre, dividing the east and west with noisy traffic.  The vehicles on the Autobahn tear through the city, kicking up dust, dirt, pollution and noise in neighbourhoods on either side. In light of this, the City is taking forward plans to cover the motorway with green roofs. 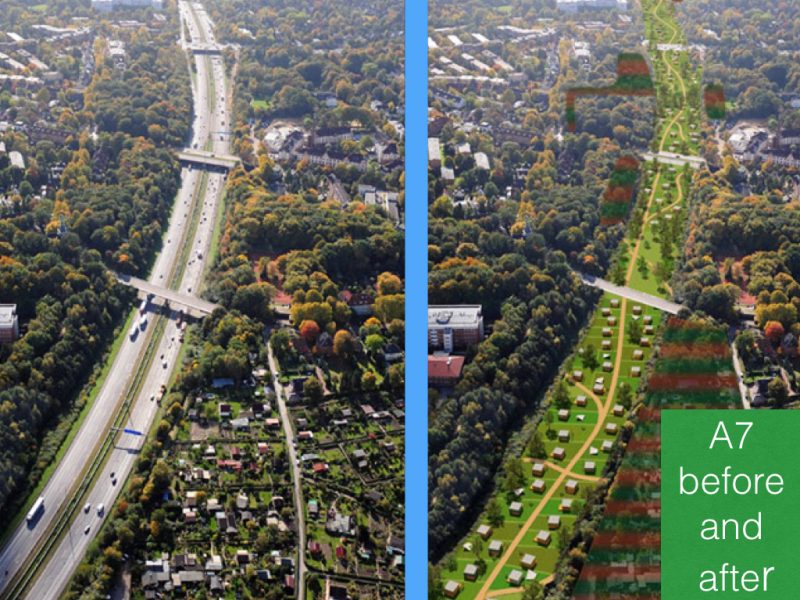 The proposed parks that will cover the autobahn will help to keep the noise in the area low enough to meet national laws for noise pollution.The 24 hectares of parks will be in sections. Each new park will stretch over a small length of highway, creating  open meadows, woods, bike paths, community gardens, and tree-lined squares. The total length will be over 3km long.

Construction is beginning this year on the first two autobahn covers, and the project will be completed in 2022.

Linz in Austria – a green roof over a motorway

A similar project was completed over seven years ago in the city of Linz in Austria. The city administration was one of the first in the world to create a green roof policy, back in 1984/85. It was also one of the first to provide incentives to green up roofs.

With the decision to cover the A7 (a different A7 to the one that runs through Hamburg, Germany) the city administration’s green roof funding for one year were taken up paying for the green roof cover over the autobahn. Livingroofs.org has been lucky enough to visit the three sections of the green roof motorway canopy. Back in 2010, we walked the parks and viewed the native meadow on the eastern section. 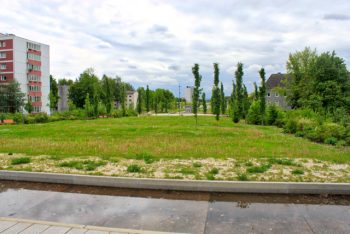 Parkland on top of A7 Linz, Austria (credit Livingroofs.org) 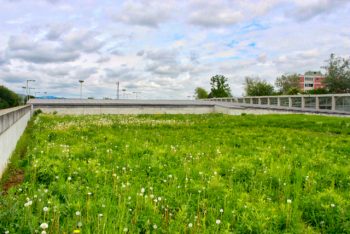 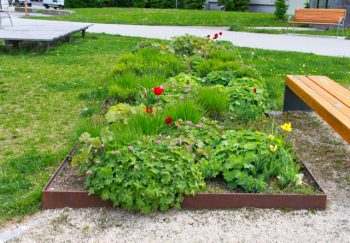 Community Gardens over the Linz A7 (credit Livingroofs.org) 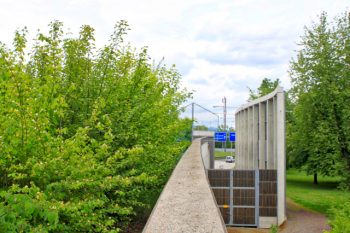 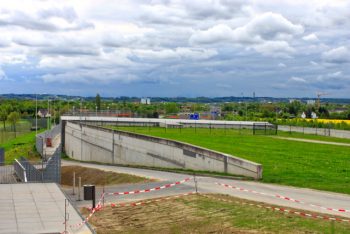 Perhaps the images we took give an idea of what the new parks and meadows will look like over the A7 autobahn for Hamburg.

Obviously, noise was an important factor behind the plans for Hamburg’s A7 green roof. However, it is also important to realise the social benefits. Giving people back the space over city roads increases social cohesion and gives back a sense of community. Furthermore, the canopies will help to reduce air pollution, restore vital space to nature, help with storm water management and flash flooding and all the other benefits that green roofs provide.

In the light of this, readers might want to propose major roadways where they live that could do with a similar treatment! Tweet us or post suggestion on our Facebook page here, we would love to hear your ideas.