Do blue roofs or a green roofs store water and reduce run off? A few weeks ago we ran our #greenroofpoll No 3. The blue-green roof theme. The twitpoll aimed to establish a snapshot of people’s understanding of the concept of blue roofs.  In fact, most voting in the poll – supported on twitter by CIRIA and Polypipe WMS, suggests there is a good understanding of the concept. 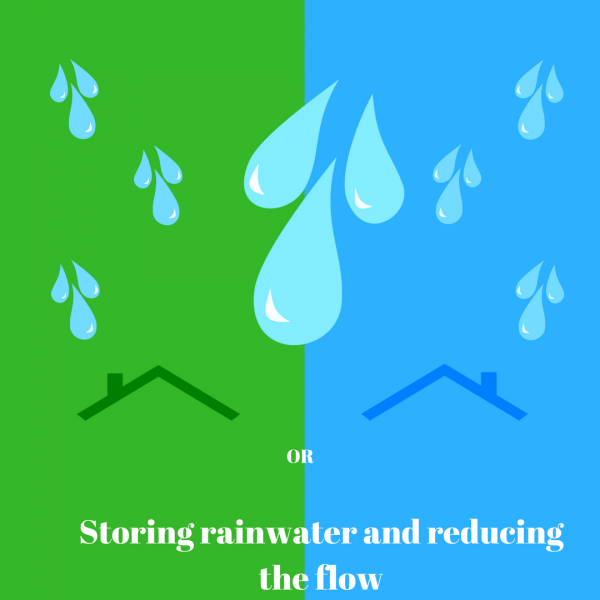 The neither blue roofs or green roofs store water and reduce run off?

The fourth question in our poll was added at the suggestion of CIRIA. It seemed equally important to add this ‘neither’ to see how many people viewed the concept as a negative. Fortunately this response barely registered during the poll. Consequently we can feel confident that, in the professional world, blue and green roofs are understood to be important when it comes to water management.

Do both types of roofs store water and reduce run off?

The poll preceded consultation with suppliers, consultants and other interested parties on the development of guidance on blue roofs. This guidance project will be run by CIRIA who organised the consultation. The afternoon’s discussion was very  positive. There was recognition that guidance would be useful to push the development of the blue roofs within the construction industry. The workshops identified both the challenges that blue roofs face in becoming main stream, and the opportunities.

Thanks to PolypipeWMS for supporting the poll on twitter.

If you are interested in supporting CIRIA taken forward guidance on blue roofs please contact the project lead..

We use cookies to ensure that we give you the best experience on our website. If you continue to use this site we will assume that you are happy with it.Ok