Interview for El Pais in Spanish – translated here for English readers – in an interview with Isabel de Felipe. Many thanks to El Pais for allowing the material to be used. 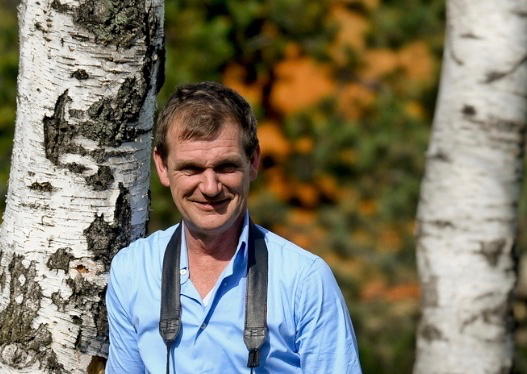 As President of the European Federation of the Green Roof Association (EFB) which are in your opinion the main challenges that Europe is facing in the coming years related to green infrastructures development?

The main challenges is governance.  In speaking to many people at the commission and the European Environment Agency, the benefits, the rationale and the technology for delivering green infrastructure is already available. The problem is how can it be delivered effectively in cities, conurbations and towns/villages across Europe. This is a matter of governance.  Not just about public governance but also private.

Green infrastructure provides so many benefits across the agenda of a city or private developments. This, of course  is very positive. However, this multiplicity. is actually a challenge to the current governance structures we have. The person dealing with air pollution doesn’t necessarily talk to the person who is maybe dealing with water management.  Likewise the person dealing with overheating of cities isn’t necessarily talked to either. This means that people are often tackling their ‘issue’ in isolation. Public structures, by their nature are currently ‘hierarchical’.  Therefore there is a need to break open these structures and  create new ones that are better able to deliver. This is not easy task and is an issue facing other agendas. .

My experience of cities and the construction industry is that it is very difficult to break these ‘conventions’. Furthermore, this is also embedded in how we are trained at school and University. So to sum up the person in the city who is technically responsible for water management should actually be in charge of biodiversity too. And the person in charge of health is actually also in charge of water management etc. Everybody, in whatever role, should be dealing with and focused on considering their impact on all the benefits all the time. And this requires detailed collaboration and communication between the various professionals.

By doing this will change the ‘governance issue’ from the negative to a more positive and proactive approach.  And more green infrastructure will be delivered.

As a recognised green infrastructures designer, TV presenter and social networker, is there any gap between old and young people looking urban climate change measures to be adopted?

I, personally, don’t see any difference. My 23 year old son is fully aware of the issues of climate change, as are his friends. My 80 year old mother is too. I suspect her generation may not see it as pressing as other issues associated with their immediate health and well -being Yet, green infrastructure, we know can increase health and well-being whatever age you are.

When it comes to who is responsible for delivering green infrastructure,   I think ,societally, there may be a difference. I think my mother’s generation are used to municipalities managing everything. I Younger people, though, are less used to this and can see the benefit say, for being responsible for the rain water that falls on their property ( if they are lucky to own one!). My mother’s generation response would probably be – “that’s not my responsibility, that’s the water companies. And yet again this is a question of governance, even down at an individual level.

London is an international reference in the activities developed to improve environment. Can you identify which has been the more efficient local policies in las two decades?

It is too difficult to explain in detail how the Greater London Authority’s (GLA)  works as a city. It is unique.  However, I am often surprised at conferences around Europe that London is noted for being good at delivering green infrastructure compared to other cities. Again it comes down to governance. The GLA is one of the newest government structures in the world. It only came into being in 2000. This means, at a  policy level, it has been very successful in delivering policies that influence good green infrastructure.

Of course, I would have to highlight the green roof and wall policy. This  came into being in 2008 as a consequence of mine and others work. Green roofs and walls went from being a niche item on new developments to common place. In fact at a local level even the London boroughs are ensuring green roofs on smaller new developments. This means a huge number of green roofs have been delivered over the past 10 years in London. So it is safe to say that green roofs are now part of the construction culture in my city.

And we are now one of the green roof capitals of the world. We just haven’t been very good at telling anyone. But delivering green roofs and walls is not about competition between cities. Its is about delivering the benefits to the citizens of that city. I would hope that other cities that are about to embark on taking forward green infrastructure policies  are able to take some inspiration from cities like mine, but also, Rotterdam, Paris, Berlin, Linz, Basel and Vienna. These cities and others show that is possible to  be very transformational in a relative short space of time.

As an enthusiastic person in biodiversity and birds, do you consider that urban areas may be a new frontier to develop wild life in our city environment?

There is always going to be a difference between the rural and the urban. However, historically we have taken the stance “cities are for people, the countryside is for wildlife’. I think we need to break these self-imposed boundaries. The preservation and protection of the Coto de Doñana, say, is different from ensuring that nature is part of how we design cities.  FOr cities upstream of the  Coto de Doñana, affect the Delta. So if we can install good green infrastructure in cities upstream we can help  preserve the Coto de Doñana. And also make life more liveable for those citizens. That is a win-win.

There, however,  ian approach in cities that anything green is good for nature. One thing I am please about my work is taking ideas from Switzerland. These ideas were to design green roofs specifically for biodiversity. Our green roofs, in the main, are not industrial ‘products’ based on non-native sedums They  use native wildflowers and ecological design approaches. This ensure that the nature we are delivering is real and meaningful. And this approach supports regional (London) and national (UK) targets for certain species and habitats. Real and meaningful biodiversity should be at the heart of all the green infrastructure we wish to deliver in Europe and across the globe.

Investment in green infrastructures in marginal areas may increase their value but throwing away the traditional neighbours. Then you improve the environment but create a social problem. What is you opinion about it?

This is a difficult one. And I am no expert on the economics of development. This is a societal one. I personally don’t believe that this should be the case.  Regeneration can lead to gentrification.  But the delivery of green infrastructure should be for the benefit for all citizens regardless of class or pay grade. When you look at the city as a whole, if we provide green infrastructure that helps to stop local surface flooding that is surely a benefit. And in many instances, the areas of social deprivation are in areas that are more prone to surface flooding.

Similarly in areas where the urban heat island effect has the most harmful effects also tend to in areas where there is too much pavement. A good friend of mine from Depave in Portland Oregon once said to me “ where there is too much poverty there is too much pavement!’ Wealthier people tend to live in the leafier neighbourhoods. Therefore, the kind of green infrastructure that cities need actually needs should be target at areas of deprivation. Because these are the areas that are generally lacking in green space. This ensures the whole city adapts to climate change.

The question always is, though, where does the money come from?

Last but not least: Some recommendation to local policy makers and citizens for improving our urban areas with green infrastructures.

Be bold. If the city and citizens recognise  that green infrastructure will make the city and citizens life better, then they have to  face up to all the naysayers. People will say it can’t be done. But generally these are professionals who are comfortable with the way things are. For every reasons for not delivering green infrastructure there are actually ten reasons to do it.

Certainly my experience in London,  and from what I have witnessed elsewhere in the world is that once the journey is embarked on, people look back and say ‘why didn’t we do this earlier?’ And I will end where I started. A tree or rain garden in a paved street is not the real change – the change is when the governance is altered to embrace green infrastructure in cities. Then all paved streets will have trees and rain gardens and all roofs and walls will be greened.

The real magic is in changing the governance to make green infrastructure common place.

Thanks to El Pais for permitting the use of the article.