The Rotterdam green roof weekend is an annual event in the city. The weekend features tours, rooftop concerts and a knowledge exchange day. Held on 1st and 2nd June 2019. It is a chance to get up above the city and witness a wide range of roofs in the city. Prior to the public weekend, on Friday 31st May, professionals can take part in a knowledge exchange day. Such sharing of ideas and experience helps drive innovation, new design thinking and also the delivery of green roofs, not only in Rotterdam but globally. 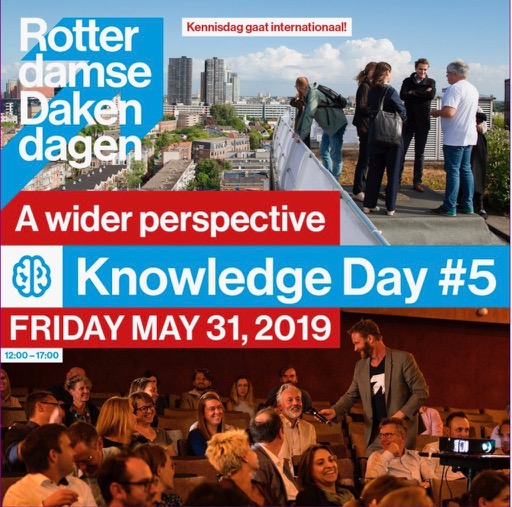 The Dutch second city is internationally recognised as blue print for sustainable cities. It is also in the top league of cities when it comes to  density of green roofs/citizen as featured in the  new green roof report. The Rotterdam rooftop weekend is now in its fourth year. The weekend provides an opportunity for the both Rotterdam residents and visitors to experience the city’s skyline. Whether it be on a rooftop restaurant or on the World Port Centre, at 123m above sea level, one of the highest in the city.

Livingroofs’ Dusty Gedge beams in on biodiversity and green roofs

Our very own Dusty Gedge will be in the city for the weekend. In fact, he attended last years knowledge day and will bring his experience of green roofs and biodiversity as both a keynote speaker and a workshop leader to this years event. Whilst the green roof approach in the Netherlands has traditionally focused on sedum-based systems, there is a move, and a need, to move toward a more nature-friendly approach to extensive green roofs.

“I managed to see a range of green roofs on the knowledge day. Of course the whole Rotterdam weekend is more than just green roofs. Yet green roofs are a very important part of what the city is trying to achieve. I visited three roofs last year, two of which had not only a good mix of wildflowers but also urban food growing elements. I particularly enjoyed watching people collect edible wildflowers on the Op Het Dak. Another highlight for me, was the rooftop garden on the Timmerhuis. Whilst intensive green roofs can be ‘over-designed’, the Timmerhuis benefits both people and wildlife, says Dusty. 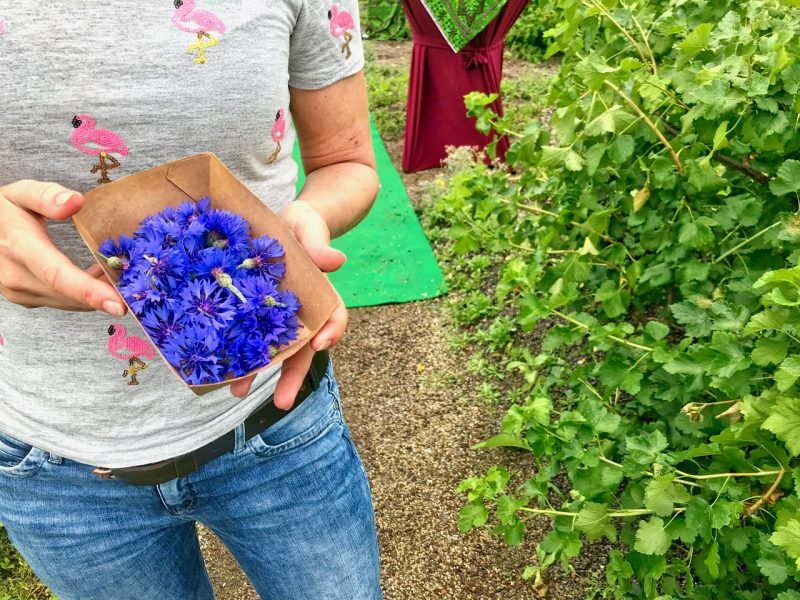 The three days is not just about green roofs. It is also about how roofs in cities can be used – whether it be for entertainment, biodiversity, climate resilience, social cohesion or just for the view. `Additionally, the knowledge day brings both a local and an international perspective. Thus,  there are speakers sharing their experiences from the Rotterdam (Winy Maas) as well Shenzen in China (Jason Hilgefort) and Korea (Yim Hyun-Jun).

Speakers from the Hague and Utrecht  show what else is happening in the Netherlands, whilst speakers from New York, the Czech Republic and Cyprus add further international flavour.

Not to be missed – Rotterdam green roof weekend

Whether for the view or full greater knowledge, the Rotterdam event is not to be missed. And there is sure to be a band and a party happening somewhere in the city on a roof. For more information and to get your DakPass check Open Rooftops – Rotterdam.